Earlier this year, five neuro grant program applicants were awarded nCounter® Neuropathology or Neuroinflammation Panels to profile 24 samples. Applications spanned a wide range of disease specific applications with the winning projects focused on Alzheimer’s Disease (AD), Parkinson’s Disease (PD), Motor neuron disease (MND), Epilepsy, and Multiple Sclerosis (MS). NanoString® followed up with each of the winners to explore how they intend to use the assays to advance their research. 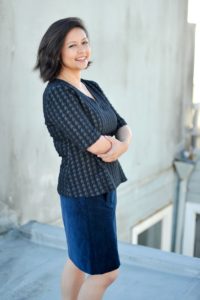 Genome-wide association studies have identified numerous immune gene variants as risk factors for AD, implicating immune processes in AD pathogenesis. Yet, how exactly immune cells, particularly microglia, contribute to AD pathology remains unclear. Mounting evidence suggests a reciprocal regulation of neuronal activity and inflammatory processes. Normal neuronal activity during development drives microglia-mediated synaptic modulations. Neuronal network hyperactivity in epilepsy triggers microglial activation and inflammation. In turn, microglia and inflammatory mediators can regulate neuronal excitability and synaptic transmission, which may subsequently regulate network activity. Neuronal activity can regulate multiple inflammatory processes including the complement cascade, the NLRP3 inflammasome, and fractalkine and purinergic signaling pathways. NanoString’s Neuroinflammation Panel will accelerate our study by allowing us to assess the contribution of network dysfunction in hAPP mice to all of these pathways. In addition, we hope to identify novel pathways activated in microglia and other glial and immune cells. The reproducibility of the NanoString assay will allow us to reliably repeat these experiments with other mouse models of AD and other manipulations of neural activity. 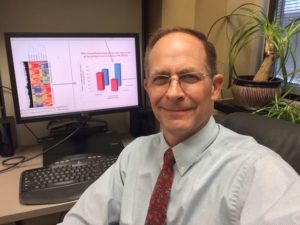 “Our goal is to identify new therapeutic targets because current medications for treating epilepsy are often ineffective. A lot of interest has been focused on neuroinflammatory pathways and whether those could be targeted to disrupt seizure onset processes. Some of the data that our group and others have generated and published in the last couple of years suggest this might be a possibility. We’re hoping that these outcomes and analyses will lead us towards promising targets to investigate for anti-epileptic treatment.”

Many cases of pediatric epilepsy are pharmacoresistant and do not respond to conventional anti-epileptic medications. These children have recurrent seizures that eventually cause impaired cognitive ability and diminished quality of life. There is great need to develop new approaches to treat intractable epilepsy in children. Mounting evidence indicates that neuroinflammation is an important contributor to the development of repeated seizures in pediatric epilepsies. To enable the identification of new therapeutic targets, we must fully characterize neuroinflammatory signaling pathways associated with epileptogenesis. We plan to use the Neuroinflammation Panel to measure immune/inflammatory gene expression and related pathways in human tissue that was surgically resected to treat pharmacoresistant epilepsy. Our long-term goal is to use this knowledge to advance personalized medicine for the treatment of pediatric epilepsy. 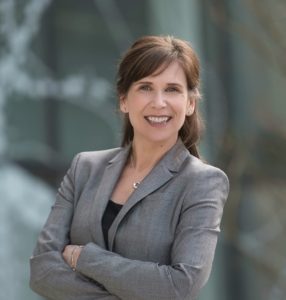 “We have been looking a lot at inflammation and immune associated genes over the years and more recently I’ve been interested in factors that were turning on and off in neuronal and glial populations. If we’re interested in looking outside of the target tissue, the spinal cord primarily in this model, at different times during the disease it would be most appropriate to use the targeted NanoString Gene Expression panel rather than come in with an RNA sequencing approach that’s going to identify the thousands of immune genes that are up or down because of the target tissue being invaded by immune cells.”

Most of what we consider in MS therapeutic design is derived from patient imaging studies, histological analyses, and studies in experimental autoimmune encephalomyelitis (EAE), the animal model of MS. Acute lesions are thought to result from a cascade of inflammatory events triggered by activated T cells trafficking to the central nervous system (CNS) and encountering their cognate antigen to begin a cascade of lymphocyte, macrophage, and microglial responses that cause damage. Damage to oligodendrocytes, myelin, neurons, and axons have been observed in MS and EAE. Different mechanisms are suggested to drive both demyelination and axonal injury and the widespread axonal degeneration and atrophy that become prominent through disease progression and increasing disability. Similar to MS, axonal loss is significant through all investigated disease stages, across all brain matter, and correlates with clinical impairment. Our team has shown that within the brain and spinal cord there are specific responses and changes prior to the onset of clinical symptoms. Our goal is to characterize and compare the specific early neuropathological changes that occur in the brain to those in the spinal cord using the Neuropathology Panel. We expect the NanoString technology is both sensitive and robust enough to identify novel genes and pathways associated with early changes in the CNS that contribute to both grey and white matter disease at different sites. Those findings are novel and have specific relevance to the onset and progression of disease, where neuroprotection is the highest priority arm of current MS-related therapeutic development. 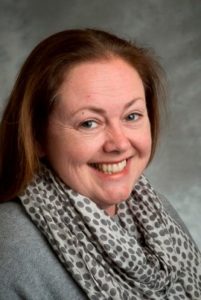 “Trying to identify what specific aspects of neuroinflammation are relevant has been attempted in animal models and it’s led to some inconsistent results. We want to use human tissue to try and pin down in greater detail specifically what that microglial response may be. We’re looking at multiple different CNS areas principally the spinal cord and the lower motor neurons plus the corticospinal tract that project to them. We have a lot of immunohistochemistry markers against microglial and other inflammatory cell markers. But we were keen to explore some more open-ended gene expression and that’s where we thought the NanoString technology would fit in.”

MND (also known as Amyotrophic Lateral Sclerosis or Lou Gehrig’s disease) is a fatal, neurodegenerative disease that lacks an effective treatment. Microglia are the resident immune cells of the brain with many different functions. Autopsy studies of MND have demonstrated elevated levels of microglia-related chemokines and mRNA species. Marked microglial reactions have been demonstrated in both sporadic MND (sMND) and MND caused by C9orf72 mutations (the most common genetic cause of MND). The severity of the microglial reaction correlates with the rate of disease progression, clinical symptoms and level of pathology. We have shown that motor neurons express inflammation-related genes in proportion to the levels of other pathology markers and that knockdown or mutation of C9orf72 is associated with widespread immune abnormalities.

Most studies that examine which immune functions are affected have used animal models. These have confirmed the involvement of microglia, but yielded inconsistent results with respect to which functions are important. We propose to use NanoString’s Neuroinflammation Panel to perform a human autopsy study to discern how the immune profile differs between MND and healthy spinal cords. The findings generated by the NanoString Neuroinflammation Panel will be a vital, starting dataset in this research project. The data will be interpreted in the light of other gene expression technologies as well as immunohistochemistry and state of the art image analysis. The outcome of these investigations will be mapped to multiple other brain regions in order to find correlates of disease survival as targets for downstream experiments. The Grant also offers an exciting opportunity for our PhD student, Bridget Ashford, who will commence her research by using this NanoString panel. 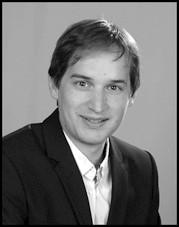 Grant Abstract Title: Evaluation of the enteric neuro-inflammatory signature as a source of biomarkers for Parkinson’s Disease

“Our goal is to identify some expression patterns associated with the disease. This will just be the beginning of something more if this works. We need biomarkers for the early detection of Parkinson’s but also later on to follow the evolution of disease. If it works it could be really a great adventure.”

PD is increasing worldwide and yet there is still no curative treatment for PD nor are there valid biomarkers. Diagnosis of PD still relies on neurologic examination at a late time-point of the pathology, when up to 70% of central dopaminergic neurons are already lost. Central neuro-inflammation is a key process in PD pathogenesis. However, characterization of these neuro-inflammatory pathways and their use as biomarkers are limited by the inability to assess central neuronal tissues from living patients. Interestingly, accumulating data show that the enteric nervous system (ENS), the nervous system of the gut, is also affected in PD. The ENS is an essential regulator of gut homeostasis, including intestinal immune reactivity, and peristalsis. Loss of enteric dopaminergic neurons has been observed in patients with PD, and the ENS was further postulated to serve as entry route for the disease. Intestinal biopsies containing cells of the ENS can be routinely obtained from living patients. Previous work from our group and others demonstrated the rationale to use such biopsies to characterize ENS alterations in PD patients. Therefore, a detailed characterization of these pathways represents a unique opportunity to define a PD-specific enteric neuro-inflammatory signature, which may ultimately help identify novel biomarkers for PD. We propose to provide the first detailed description of the enteric neuro-inflammatory signature occurring in PD patients. This study will bring essential new knowledge on enteric neuro-inflammation in PD patients and represents a fundamental step towards the development of novel biomarkers for PD based on this neuro-inflammatory signature.